Henriëtte van 't Hoog exhibited several times as 'guest' in our gallery.
Since 1 January 2021 she has been represented by us. At her suggestion, her first solo exhibition has been transformed into a group exhibition, for which she invited 5 befriended artists 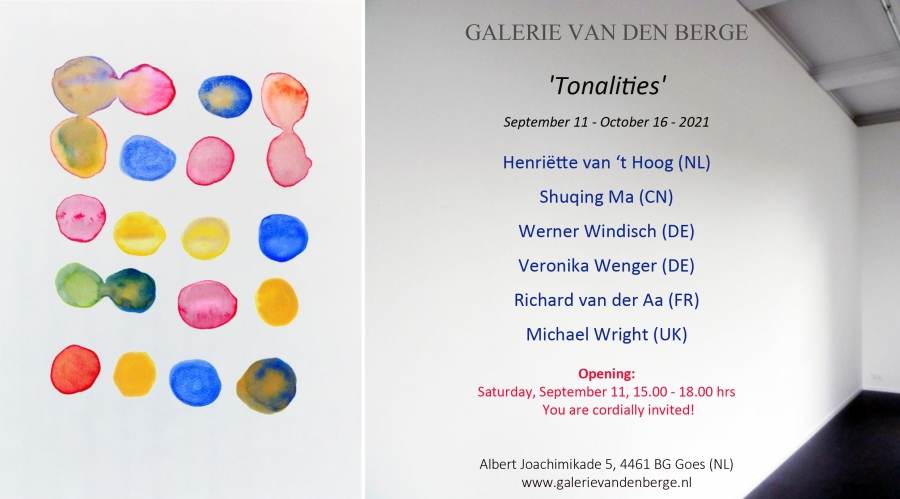 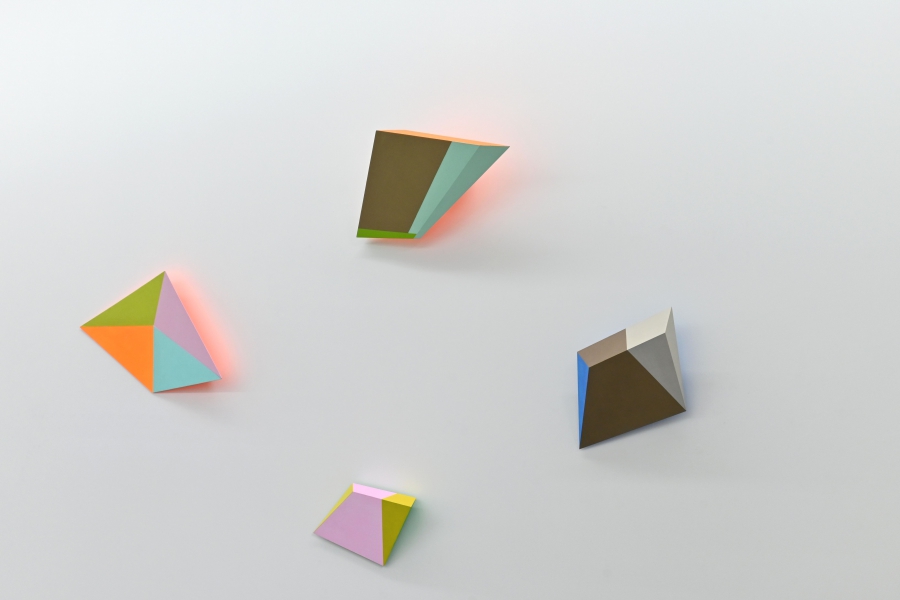 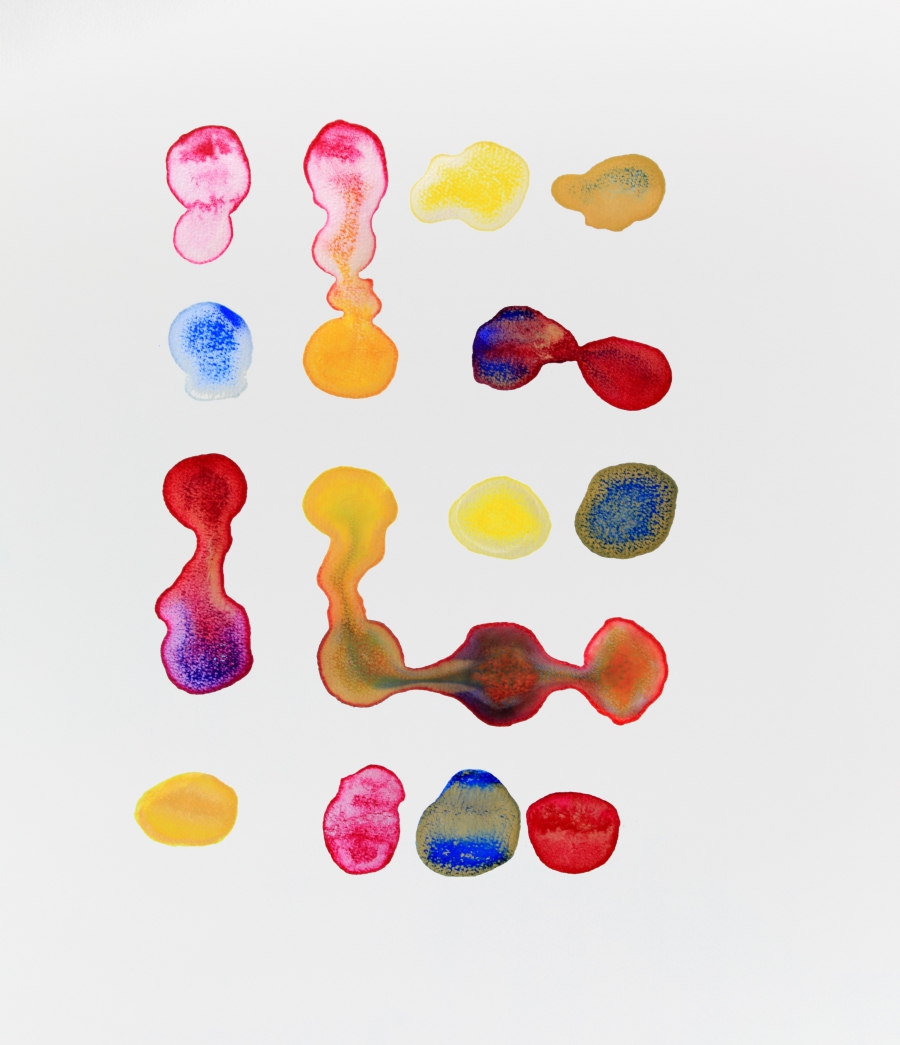 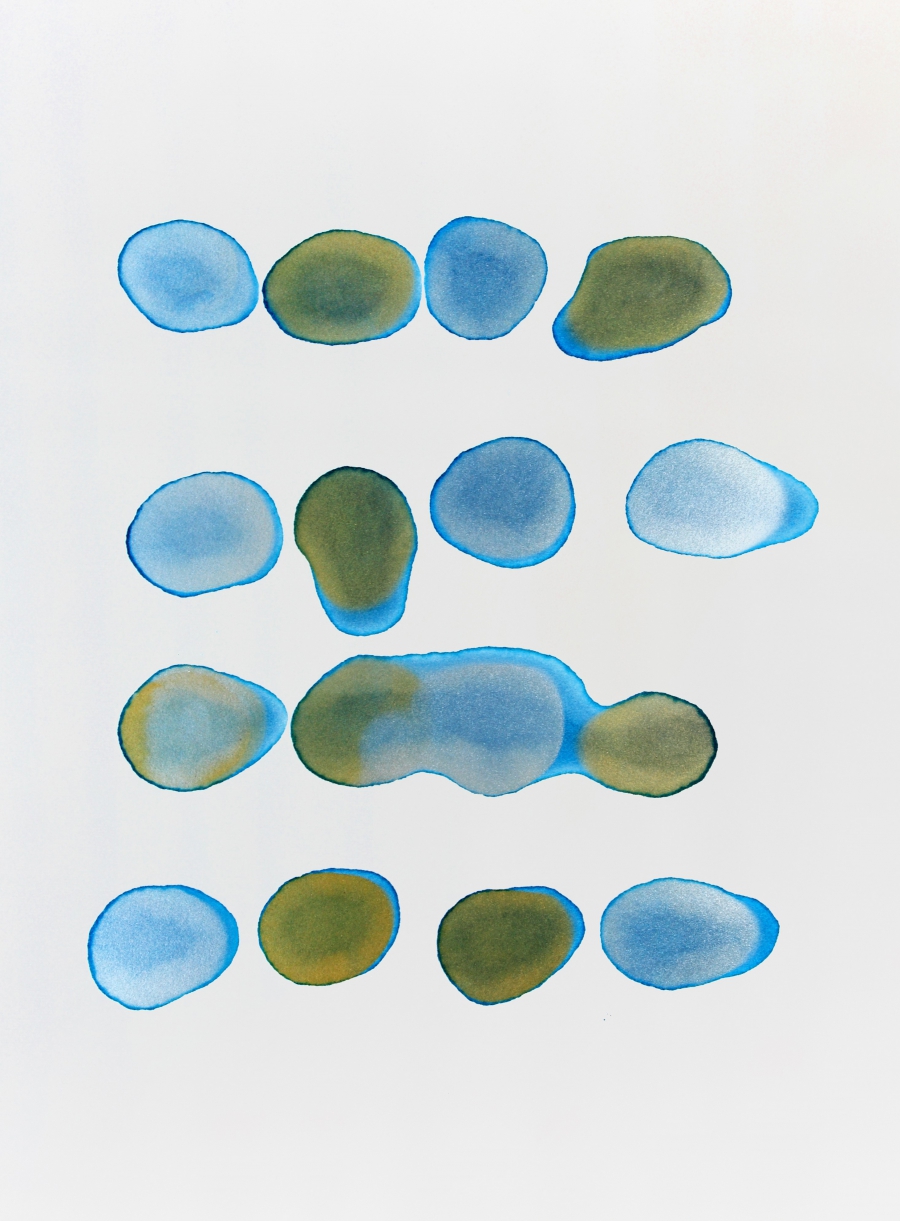 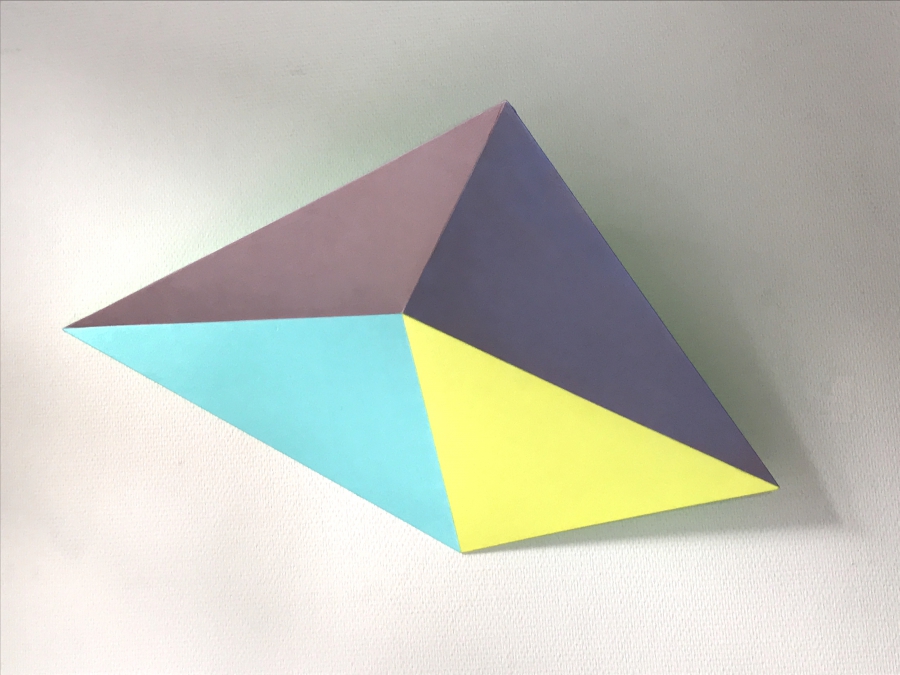 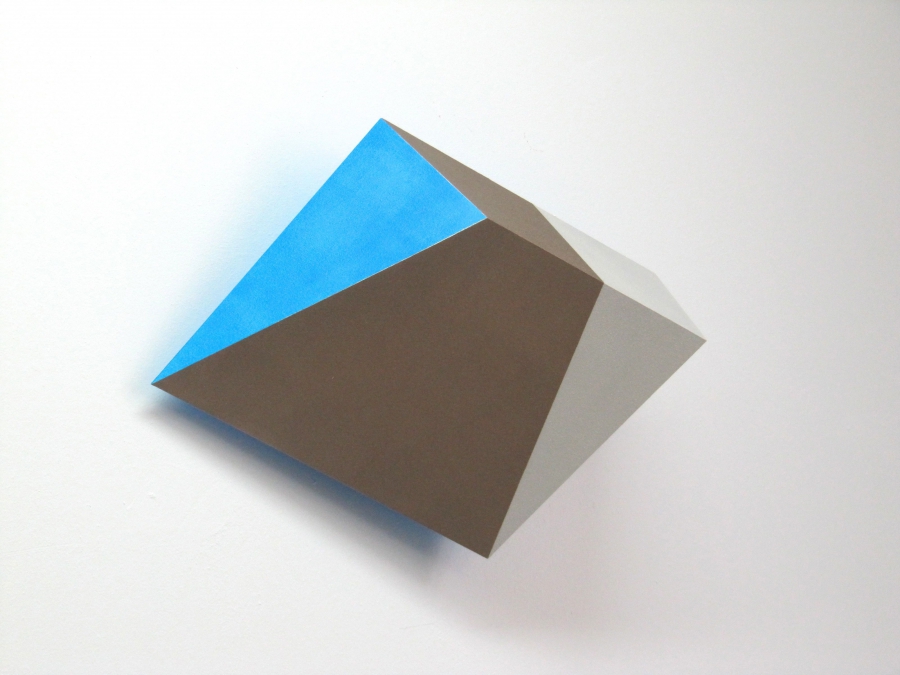 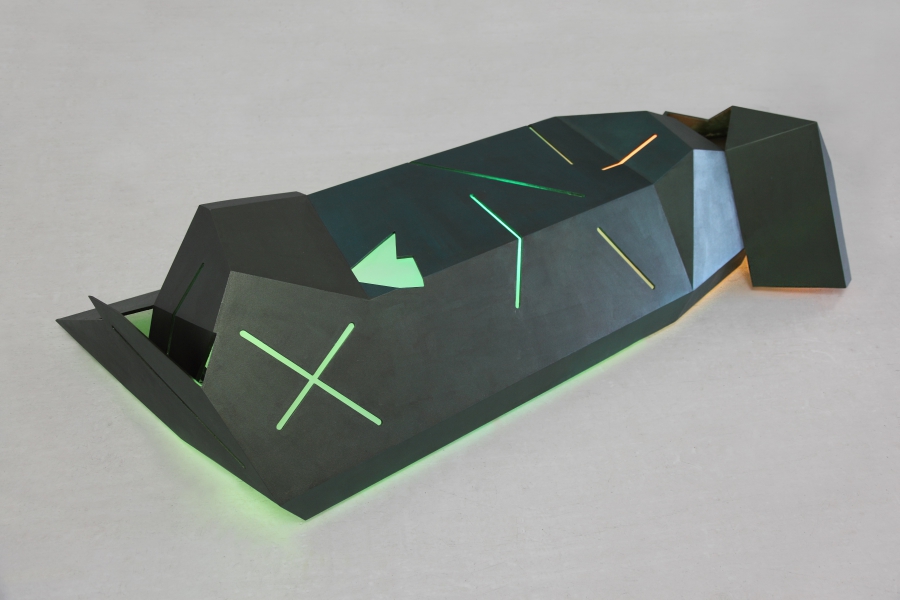 "For another day or a picture of the world"

What is the artist concerned with?
The answer to this question leads us to the group of plaster works.
The carrier of the colour here is the unconventional material plaster. It is first poured into rectangular, flat wooden frames lined with robust foil. The irregularly amorphous form, sometimes reminiscent of lamellae or the organic, results from a sculptural process of the artist with the form-giving components of the frame and the foil. The classical rectangular form is thus left behind, at least in its geometric perfection, in favour of a more or less autonomous form-finding through the material.
The material harbours a certain density, is completely homogeneous in itself and fascinatingly uniform in its structure. Nothing is left to chance; in its purity, the substrate, so mixed, shaped, dried, sanded, borders on perfection.
The paint is applied to the surface through a painter's sieve. In this case, the painter's hand does not touch the surface of the painting, so that the colour material can unfold without any individual gesture. The result is an undisturbed, intimate connection between support and paint. In this respect, painting is objectified, not only because the painting becomes an object, but also because the subjective painting gesture has given way to a standardised and automated process.
Here, too, the paint is allowed to transcend two-dimensionality and to incorporate the sometimes more, sometimes less wide edges of the plaster bodies thus created. Colour noses again bear witness to the different shades of colour used. At this point, the connection between the perfection of the support and the surface and the autonomy of the material in the application of paint suggests itself.

(Excerpt from the catalog text by Eveline Weber M.A., Freiburg) 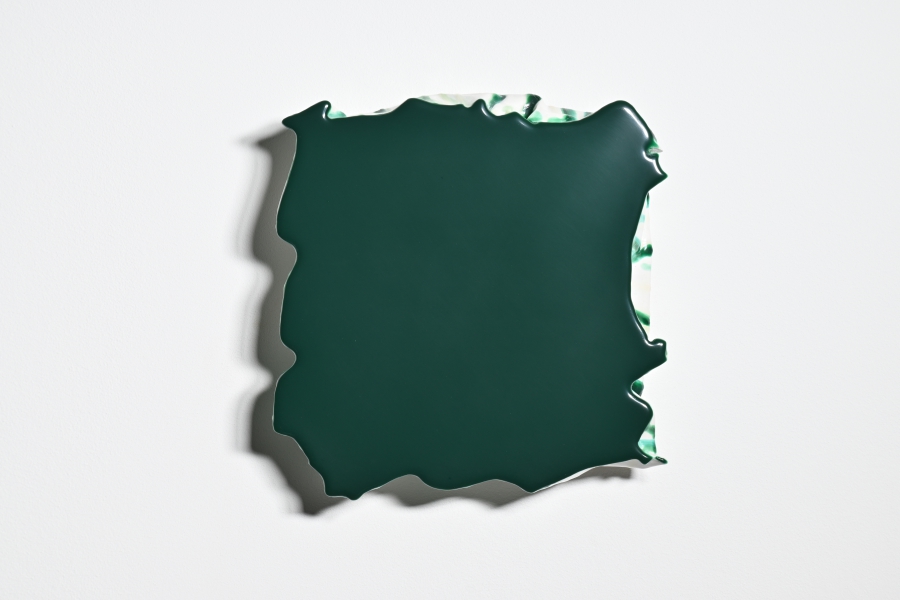 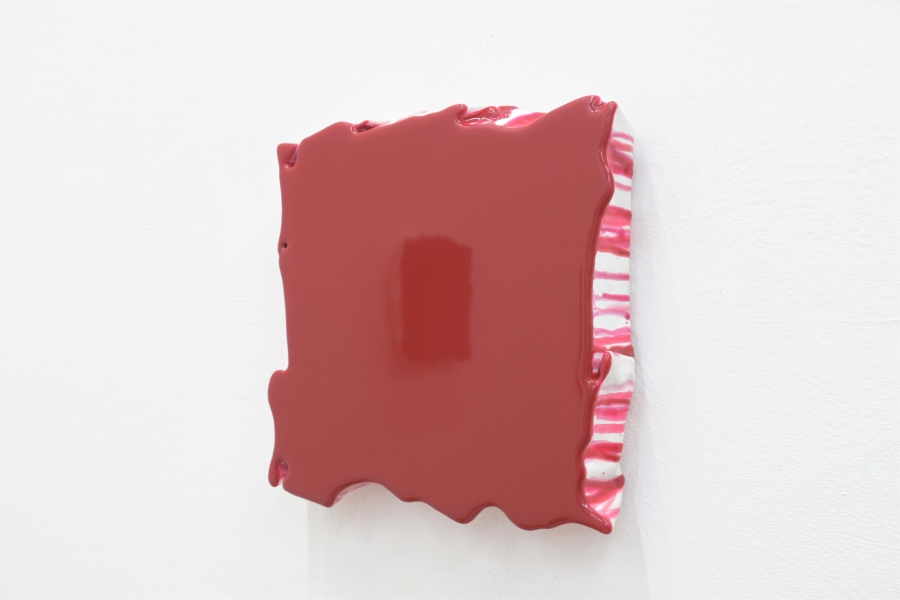 Historically, drawing was not an autonomous medium.
Nobody gave much thought as to whether a drawing was abstract or non-abstract, it merely existed to design something or to find a sign for something. Drawing was used for sketching, studying, or preparing a painting.
For me, the most important aspect of drawing is the difference between the line and the drawing itself.
(Veronika Wenger, August 2021) 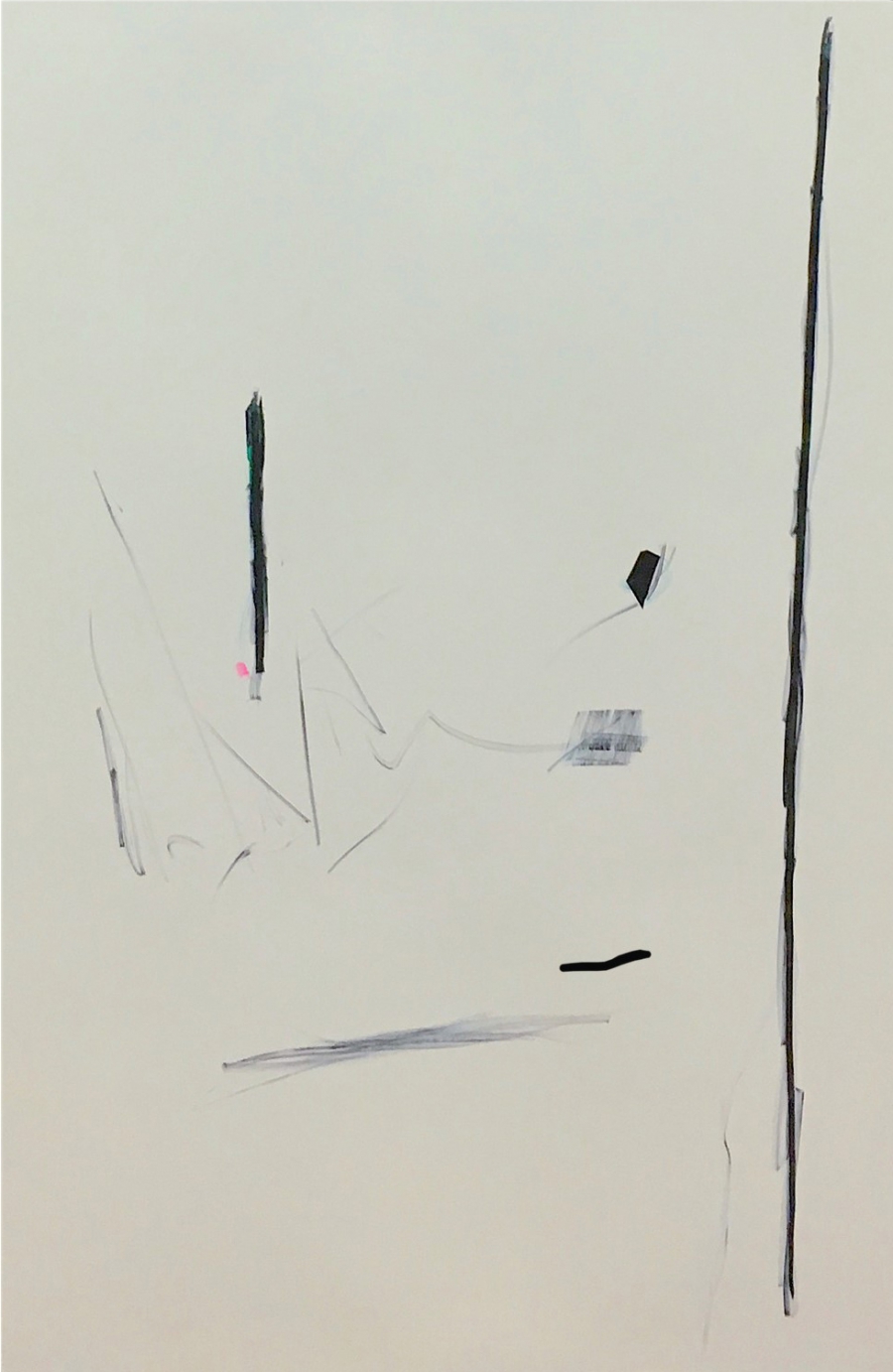 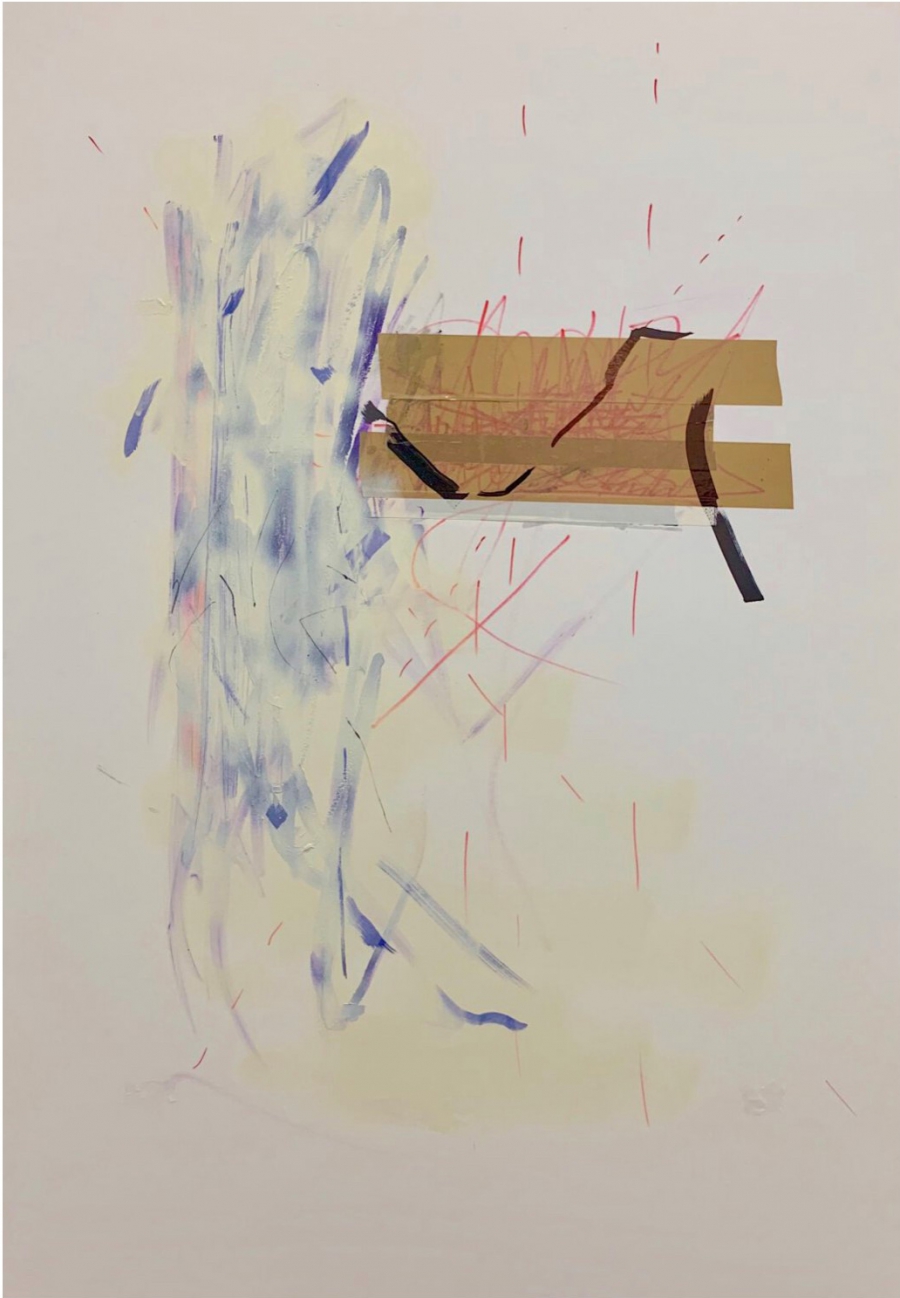 In early 2020 I spent some time in solitude in Normandie in an old farm cottage. I was there to separate myself from my habitual routine and think again about what was important to me – to be still, listen and be reminded. Months later, in connection with that experience which affected me deeply, memories of the Nomandie landscape came flooding back to me.

So began the series of work on paper which I have entitled the ‘Normandie Suite’. At a certain point in working through this new series I came to an important realisation. I found that I was arriving at similar forms as in past work but for completely different reasons. They were emerging from the inside out. That is: the forms were generated through my experiences in relation to the subject matter – from observation of real things if you will. Through memory and with the help of a few drawings and photographs I had made there, a new series of work arose. It emerged organically. Not planned, one image came after another. They seemed to be about a sense of place.

I have always believed there is more to the art object than meets the eye and consequently I look to make art which suggests meaning beyond the form. I want my work to convey a substantial connection to a life lived. With the Normandie Suite I found it was arriving naturally through the organic process of give and take in finalising the image – in finding the form which feels right and working at it until it seems as if it were inevitable that it would be this way. It clicks into place with my lived experience.

For the moment, Normandie has become the motif on which to layer my intuitive responses. A foundation on which to build images. The Normandie Suite is not so much about picturing Normandie as it is about illustrating of a state of mind. 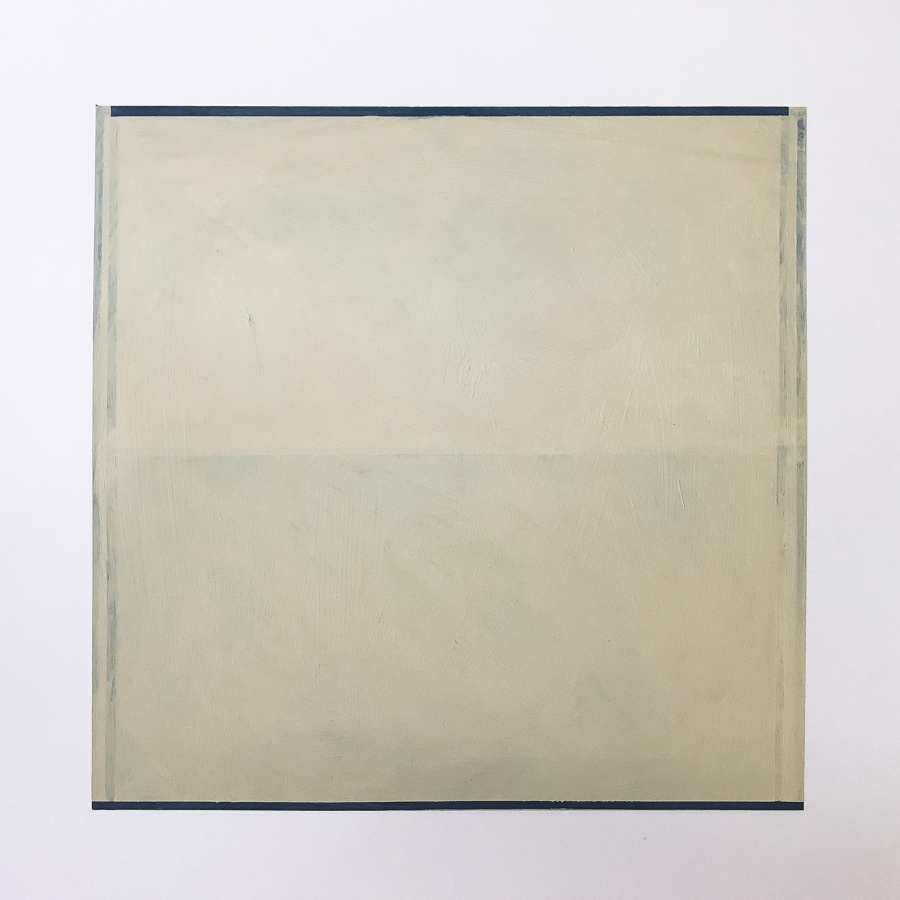 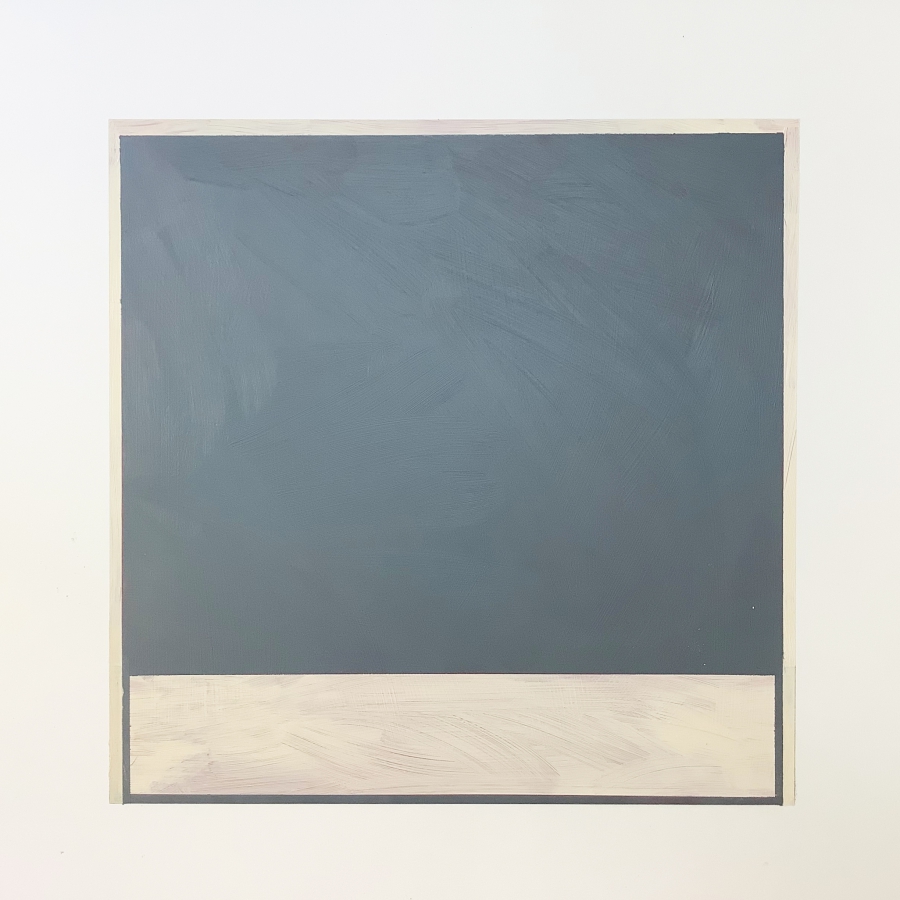 Above The Plane
Unlike a wall, painting is an open plane.
The boundary makes the flat image into a space, delivers a 3D viewing message.
The painting process and the artist's unique methods have all remain on this plane.
(Shuqing Ma, August 2021) 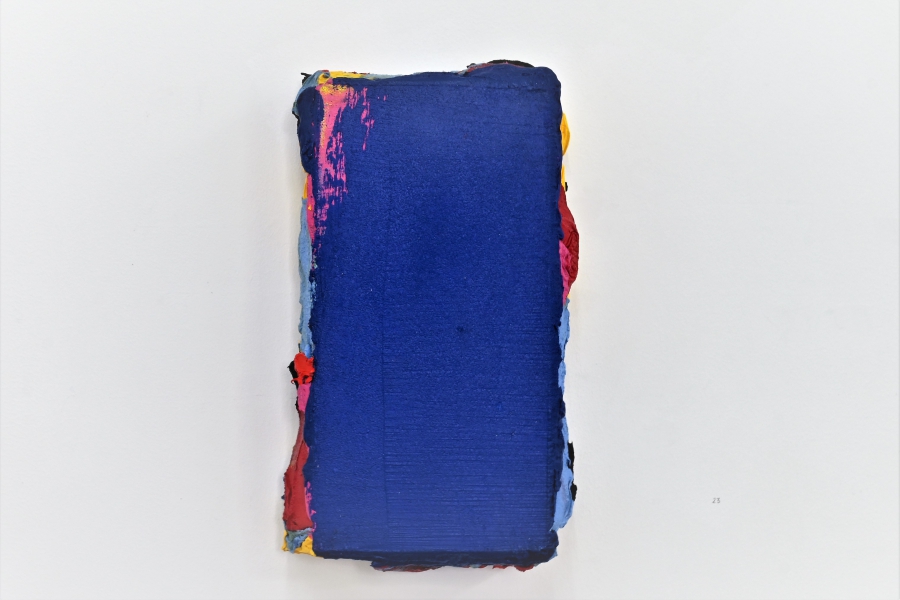 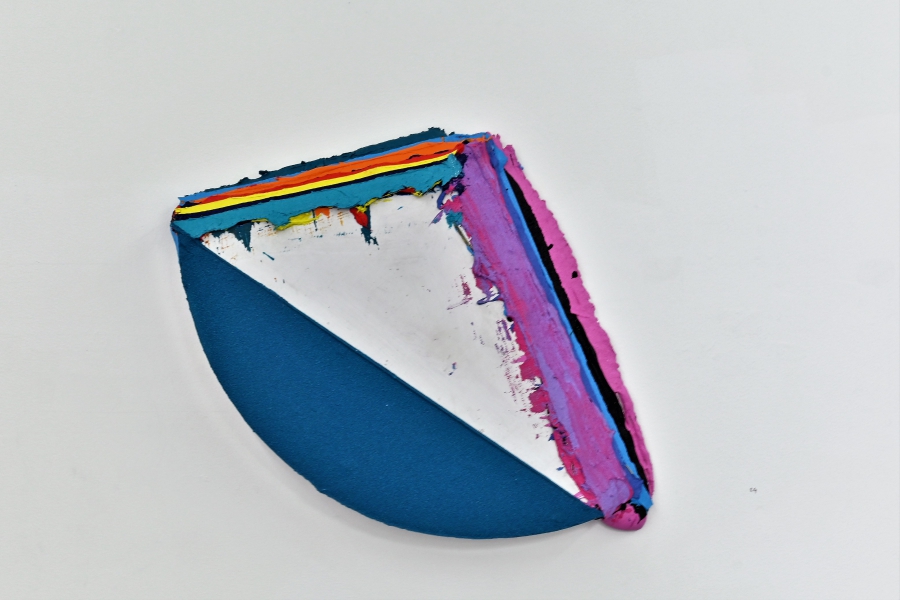 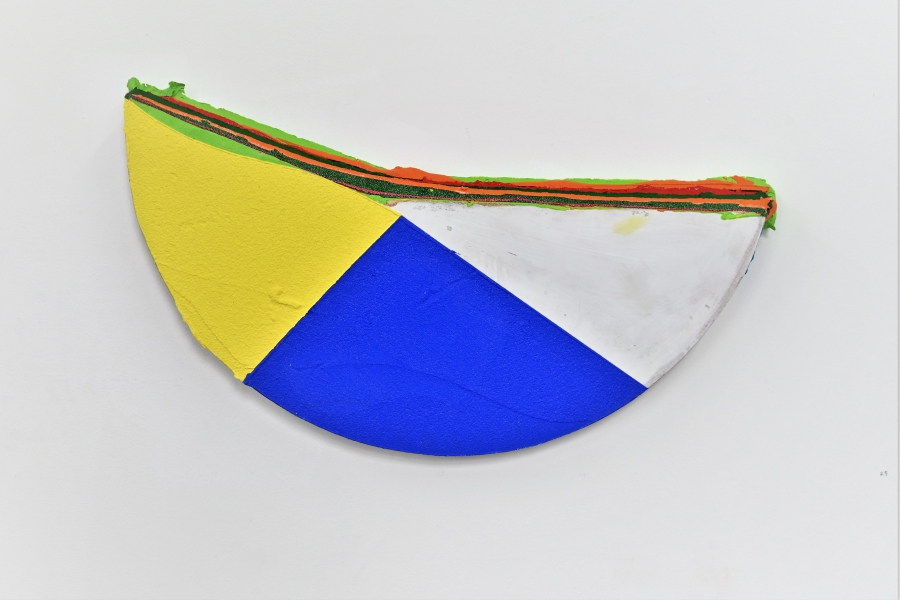 Personal statement on philosophy of practice:
We have come to understand, with the increasing convergence of a common phenomenological approach in both art and science, that the visible world is but the surface appearance of an infinitely complex interdependent relational complexity; and that this reality is the prompt to look with awe at the underlying structures and patterns that are at work, and which form the drivers and engine of reality.

It is one of the paradoxes of visual art that while it is concerned with absorbing the artist and the viewer within the concrete beauty and facture of orchestrated pictorial composition that it’s most profound pleasure and significance does not reside so much in the aesthetic appearance but, the both disturbing and consoling sense, that within the creative process is revealed the deeper reality of the psyche, and more particularly beyond psyche, the sense of intimations and connection both to the forms of the collective unconscious and the underlying forces at work in phenomena.

In this sense to work at art is to seek to be attentive and responsive to promptings and to simply do as one is asked to do. In so far as one is capable of sustaining the necessary attention and concentration to follow these promptings the work develops its own peculiar and distinctive logic as an independent form. In reciprocity there is in turn a great sense of freedom of discovery in that one is not the progenitor, rather the vehicle for what seems an autonomous process whose authority is beyond the instrumental constraints of the insecure ego; beyond affectation of aesthetic style, conceptual dogma or emotional therapy.

Short Statement on the works for exhibition:
The set of digital art works have their beginnings in either of two sources; one being the compunction to photograph found arrangements and the other to explore geometric patterns and ratios as in the Fibonacci series. In the sense that both of these are found, pre-existent forms my curiosity is in digitally improvising drawing arrangements which interact with and transform these found structures, into something akin to a visual dialogue or performance of rhythmic exchange between structure and flux; between the necessary forces and counterpoint of order and imaginative freedom of movement.
(Michael Wright, August 2021) 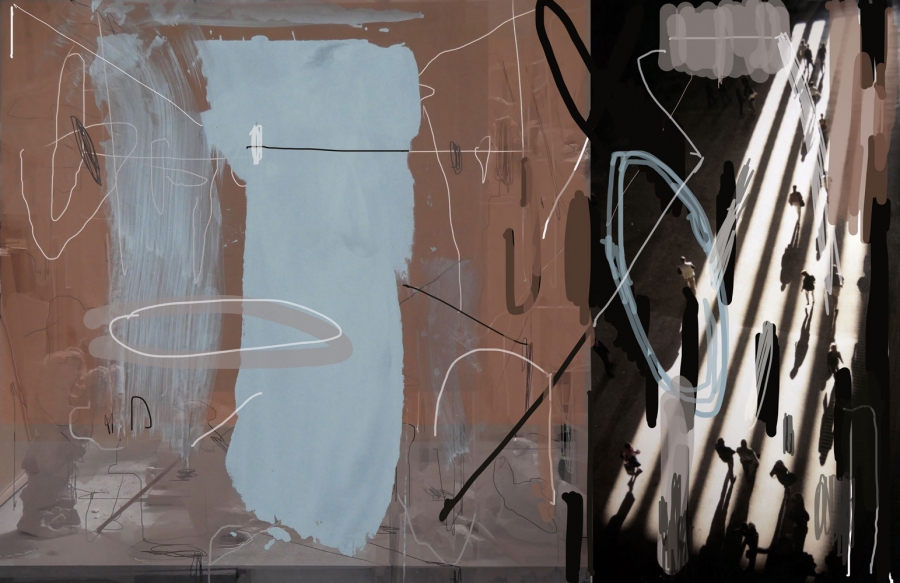 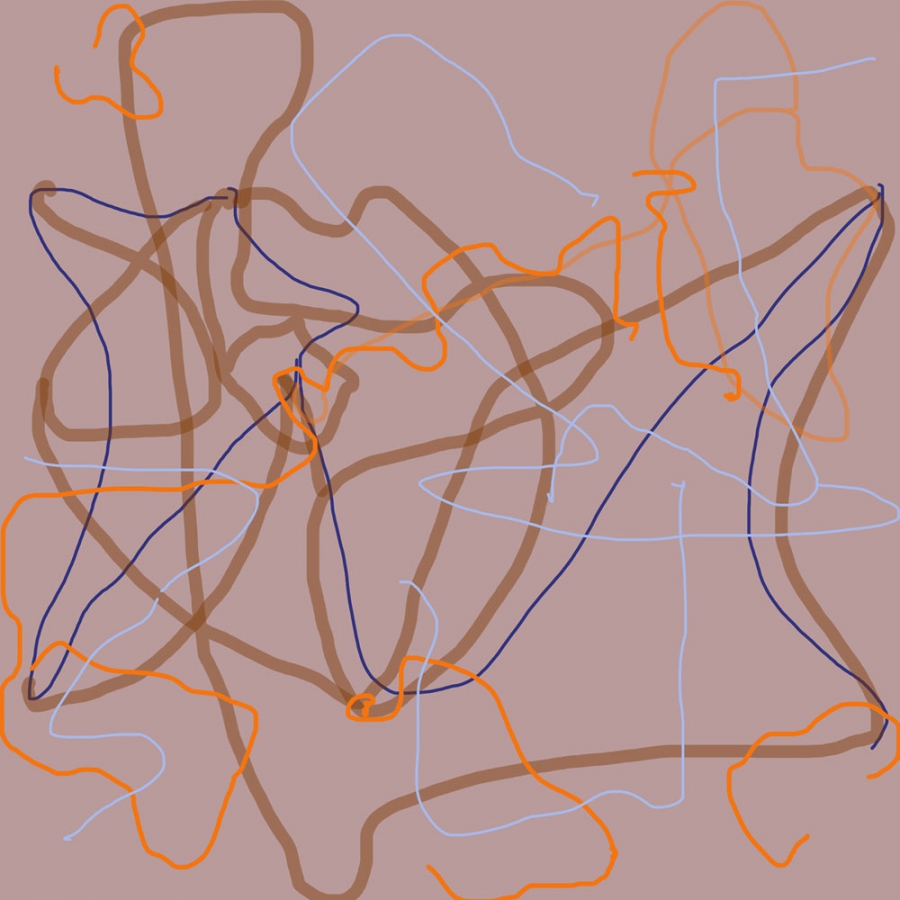 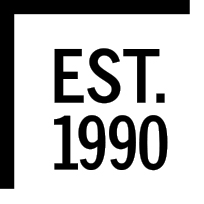